A Hongqiao official confirmed to S&P Global Platts on Tuesday of the cuts, and did not rule out further cuts moving forward.

The current cutback by Hongqiao was considered relatively small in quantity compared with the company’s 7-8 million mt/year run rate, and China’s overall capacity of around 44 million mt/year in 2017, sources said.

“But it will likely have an impact on the overall market, as Hongqiao is the top producer, and this will motivate other provincial governments to step up on planned cuts in their regions, like in Xinjiang,” a Xinjiang smelter source said.

“Everyone has been eying us as the leading producer and waiting for us to cut … now that we’ve cut, others will likely follow,” an official from Hongqiao said.

The Xinjiang local government has also issued a notice earlier this week informing of another fresh round of inspections in Xinjiang in a bid to support central government’s supply-side reforms.

There was no specific detail in the notice on how these inspections will be carried out, but multiple Xinjiang smelter sources said this reflected the authorities’ “serious stance on ensuring the cuts take place.”

On Tuesday, major Xinjiang producer East Hope also told S&P Global Platts that it aims to start cutting back smelting capacity at the end of June, in compliance with the government’s move this year for supply-side reforms.

Talks of the cuts have supported domestic aluminum prices as a result, but will continue to add pressure to alumina prices, which have already been seeing a downtrend in the past week following refinery restarts in Shanxi after earlier scheduled turnarounds in May.

The current price, however, remained Yuan 260/mt higher from last month, as prices had rallied earlier due to the Shanxi refineries’ turnarounds.

The bid-ask spread for spot alumina continued mostly at Yuan 2,600-2,650/mt cash on Tuesday, but market expectation were that tradeable levels would range at Yuan 2,500-2,600/mt cash in the near term.

“It’s hard to say how much further prices will fall, there’s a lot of anticipation of smelter cuts in the second half of the year,” a South China smelter source said.

“It all depends on how the smelter cuts pan out … if Hongqiao will cut more and if East Hope actually cut as planned, and if others follow. We’ll have to wait and see,” he added.

A Shanxi refiner reported selling 70,000 mt of spot alumina to a Northwest China smelter at around Yuan 2,650/mt cash to 30% credit terms, but the trade was unconfirmed on Tuesday.

The front-month aluminum contract on the Shanghai Futures Exchange closed at Yuan 13,920/mt on Tuesday, up from Yuan 13,580/mt last week, but down from Yuan 13,965/mt a month ago. 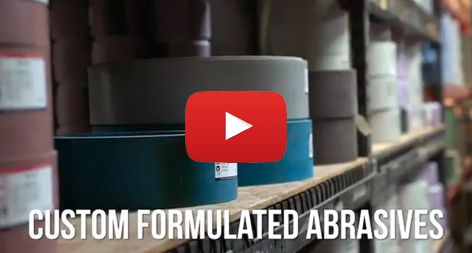